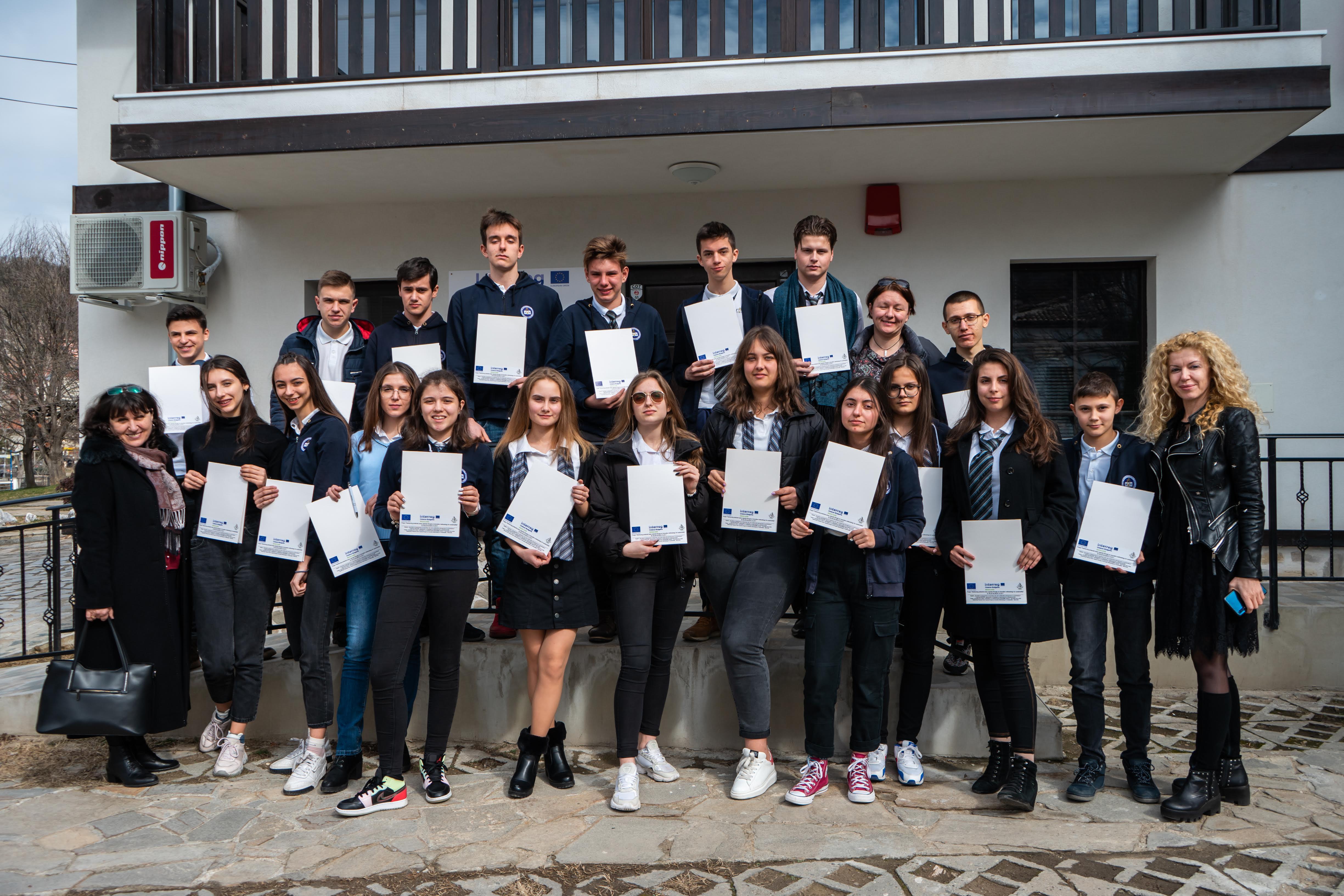 Rila National Park Directorate, in cooperation with other Bulgarian BIO2CARE partners, organized a workshop on biodiversity preservation, circular economy and symbiotic activities in four modules. These were targeted at pupils from the Language and Maths High Schools in Blagoevgrad, as well as students from the South-west University of Neofit Rilski. The sessions were held in the period February 25 – March 05 and three of them were hosted in the newly opened Visitor Center of Rila NPD while the fourth was taken out to the adjacent areas of the National Park in South Rila Mountains.

The participants were introduced to the biodiversity and other natural assets of Rila National Park and the opportunities secured for better monitoring of the environment through the equipment supplied within the project. The concept of symbiotic activities and circular economy was introduced through some interactive activities including a role-play session on a case study from the area of Blagoevgrad. Presentation was made of real-life examples that could serve as a promotional tool for the concept. All participants were awarded certificates from the workshop issued by the Rila NPD.